The Cantabrian brown bear in the forests of Asturias

There are wild, free living bears in Asturias.   To glimpse a bear or even to walk through the same valleys, forests, mountains is something special.  May and June are the optimal months for watching them as they feed amongst the fresh green pastures.  With the recent bad weather, we were running late and it was time for action.  We set off to western Asturias for a long and busy weekend, leaving our lodgings early each morning and not returning until late.

Incredibly, we were rewarded on our first evening after walking along a well defined track and waiting patiently with views of the forest covered slopes.  However, the changeable weather continued to haunt us, drizzle, mist and still chilly.  At one point the entire valley was enveloped in mist and our chances, already so slim, now looked more gloomy than the weather.

Fortunately, we waited a little longer and got a lucky break – the fog cleared enough to see a large dark mammal – our first brown bear moving at a steady lumbering pace.  It left the forest edge making its way towards the fields in the valley bottom below.  Although some distance away with binoculars and a spotting scope we were able to get good views for 15 minutes.

On the second morning we encountered a younger bear, much smaller, perhaps around 2 years old.  It was 6am –  dark and foggy as we drove to another location, when the bear crossed the road in front of us.  Too fleeting for any chance of photo. 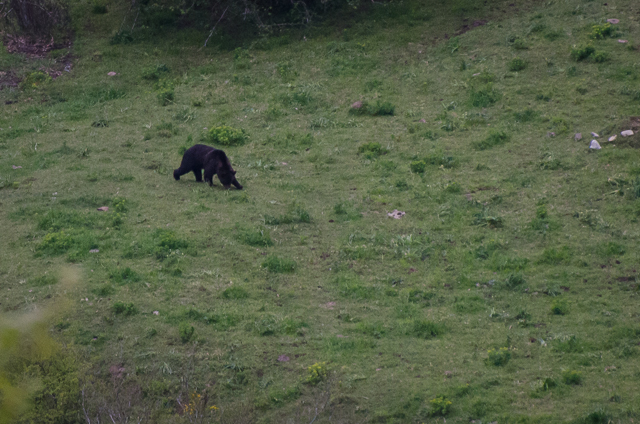 This bear was very dark, almost black in appearance. 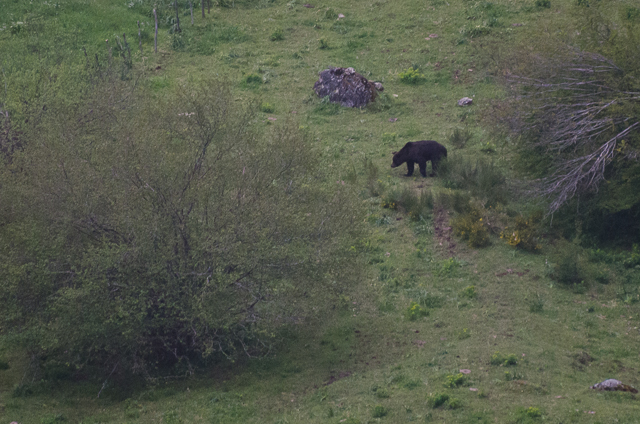 The bear moved around the fields along the valley before disappearing out of view.  It was nearly dark, time to head back. This footprint was perhaps over a day old, but large patches of mud sheltered by the trees helped preserve it a little longer.  The bears pad clearly visible here. This print was dry but the bears 5 toes can be clearly seen. 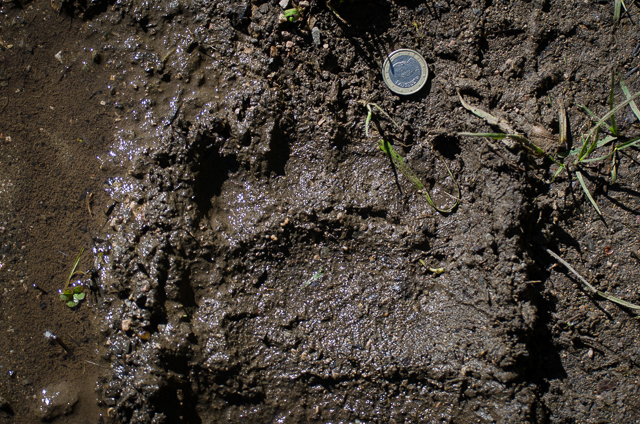 A fresh print, this time smaller in size, perhaps from the younger bear we encounter on the road the previous morning. Another excursion.  Belinda watching Roe deer along Sierra de Degaña. Many of the mountain slopes displaying broom in full flower. We were fixated on the opposite slopes for bear activity and nearly missed this pine marten just 20 metres away beneath our viewpoint.  Pine martens have proved difficult to see during the daytime, and although shy they are also surprisingly inquisitive.  This one stared at us for a good 30 seconds before disappearing into the undergrowth. 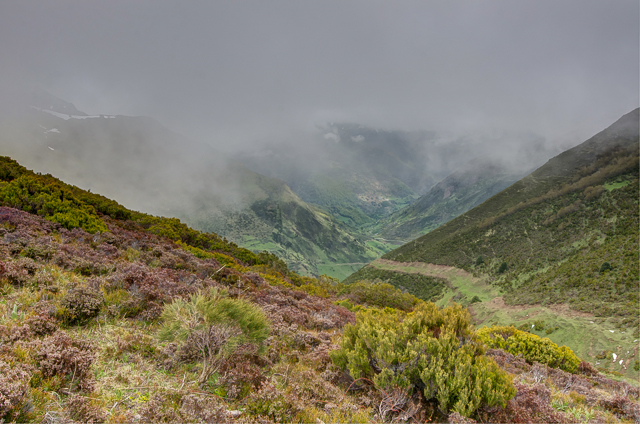 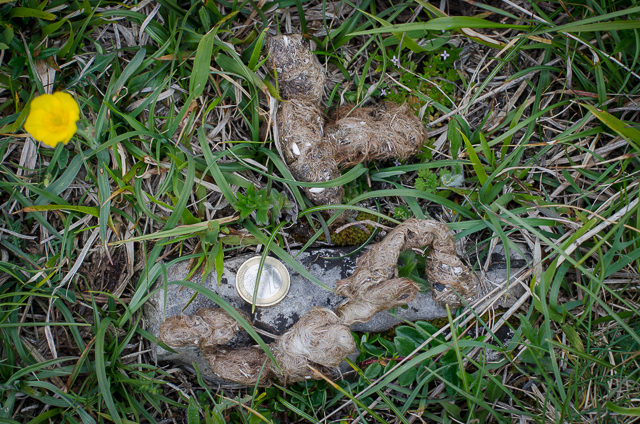 Wolf scat – matted with hair and traces of bone – that could well have been from a chamois.