We’ve seen signs of otters for the past few days, tracks in the mud in several places along the river.

Today we struck gold. A mother otter and two cubs moving rapidly up river. They frequently moved from the water to the bank, the mother appeared not to make much allowance for her slower offspring. 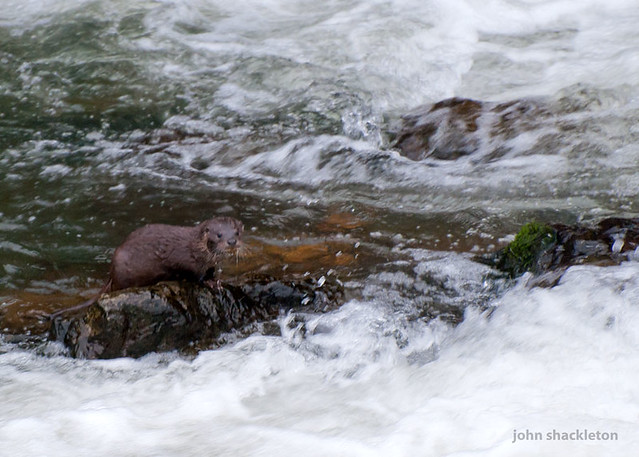 As they entered a small rapid section of the river the young otters found it difficult to swim against the current. It was slightly amusing to watch them struggle as the mother continued unconcerned feeding on several fish and an small eel.

After 10 minutes the mother took off back down river followed closely by one youngster.  Somehow the other cub got left behind, perhaps the noise and confusion of the fast flowing water drowned out the cue to leave.

The lost youngster became quite distressed clambering from rock to rock continually calling but the mother and sibling, who were nowhere to be seen. We had some great views during its desperate search to be reunited. At one point it left the water to the sandy riverbank above where we standing. It was then we appreciated just how small it was. After a few minutes it opted to swim down river towards to what we think is a holt or resting place. The speed it swam was impressive, almost a slow jogging pace.  We hurried along to keep up and watched it enter the undergrowth and an exciting 15 minutes had come to an end.

Hope you enjoy the selection of photos from this encounter, a bit blurry as I had difficulty with poor light and getting an adequate shutter speed but a nice record all the same. 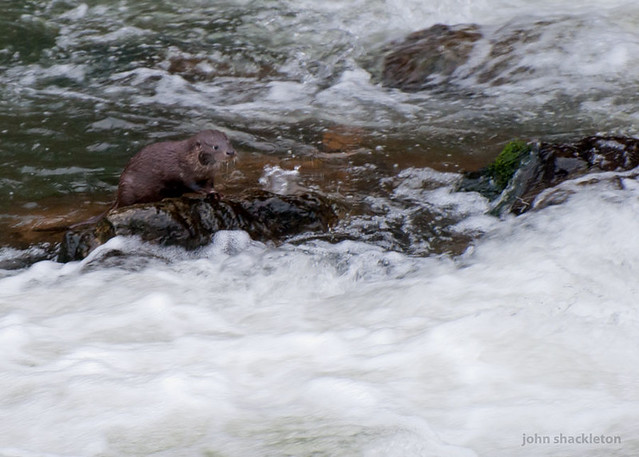 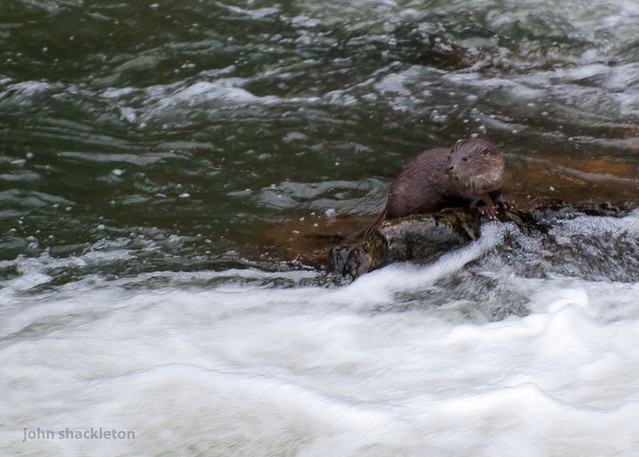 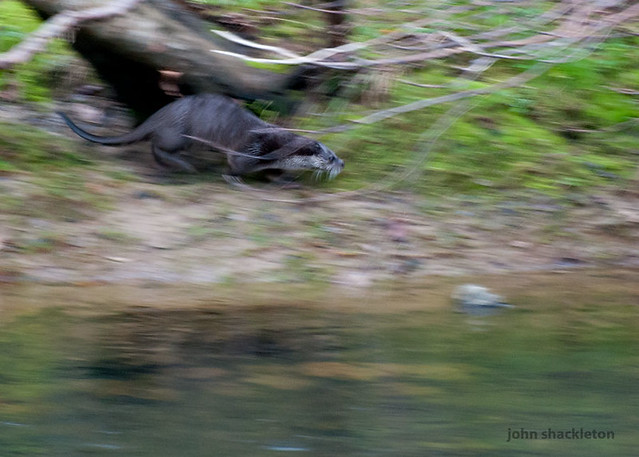 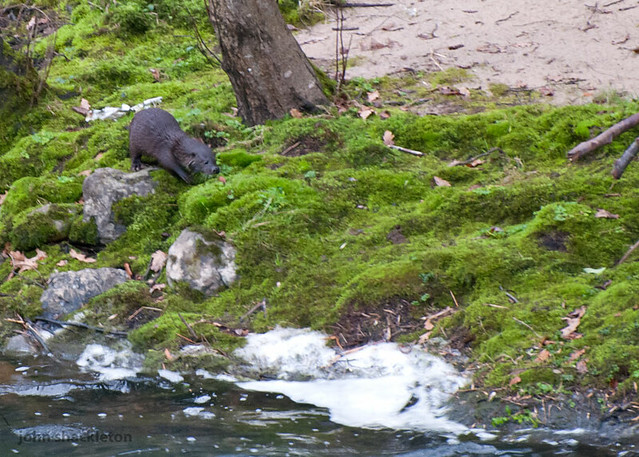 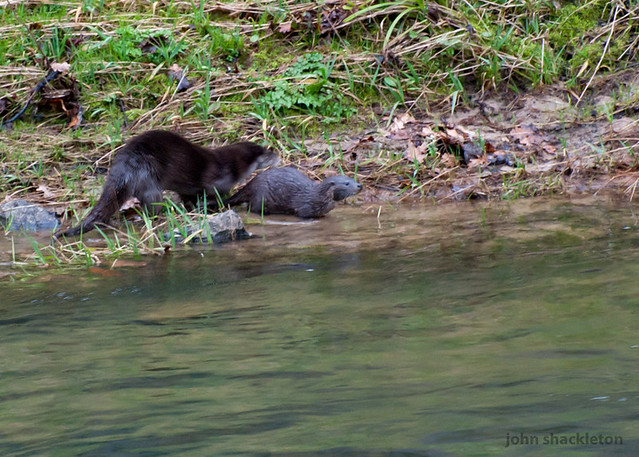