We’ve recently drawn up a new action plan, a mission to visit the hidden corners of Asturias, all those places we’ve been meaning to visit but have never quite made it happen.

At times the biggest challenge is simply to find these places. Often there is a lack of signs and due to remote locations not even many people to ask directions! You need to plan ahead and be persistent. We checked out many places beforehand, during the daytime, with no expectations of taking any decent pictures but to be fully prepared when returning at dawn or dusk.

We planned a 3 night camping trip in western of Asturias, with a list of new sites to explore and hopefully photograph. Although we’ve explored this region many times, the area between Luarca and Cudillero has somehow escaped us.

First was the Playa de Portizuelo and fortunately only a 10 minute walk from the campsite. We set an early alarm, staggered out the of tent equipped with head-torches, camera and tripod, headed through the village in the dark and descended the cliff path. We enjoy walking in the very early morning, starting out in complete darkness and watching the changing light of the sunrise. Each one is different and we should make a effort to experience more.

These pictures were taken on the second morning. 07.36am. There was a 25 minute period when the colours appeared weak. 07.50am. As the sun emerged to hit the rock face, everything changed again. 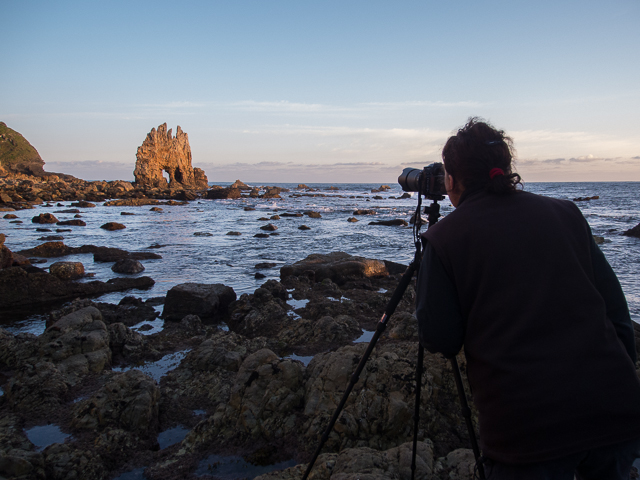 As the tide lowered we managed to clamber over some rocks and get a closer position. 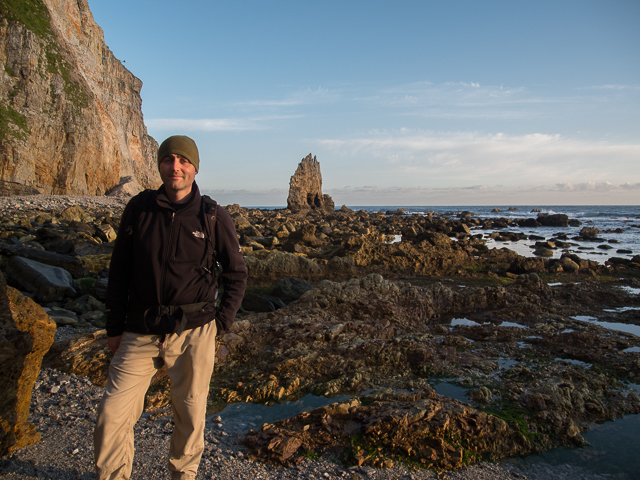 The morning session comes to an end and it’s still only 8.10am … In desperate need of coffee

As we made our way back across the beach, we spotted tracks in the sand. They looked a familiar size and shape, but surely it couldn’t be an otter. We followed the tracks back to a stream which led into the sea. The footprints led all the way up the banks of the stream, which eventually joins the Río Negro. 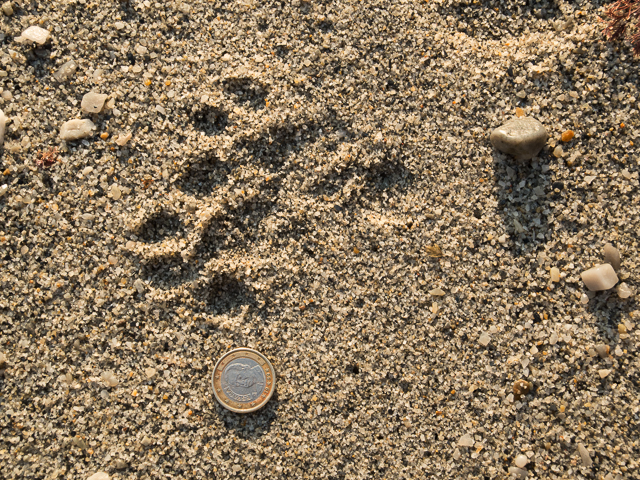 One in a long line of otter tracks along the beach. 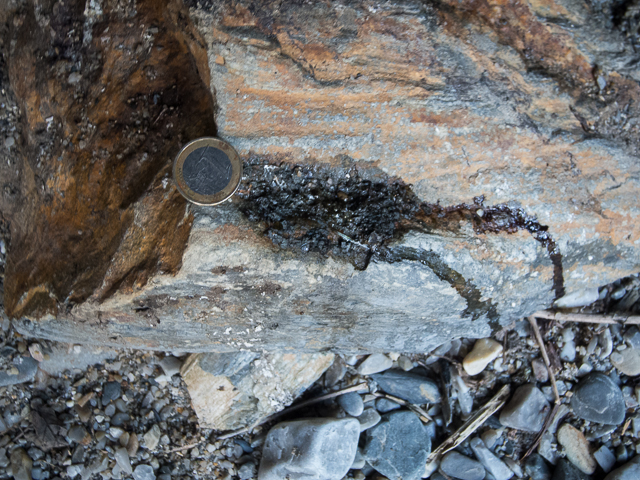 Otter spraint on one of a group of 3 rocks, close together. The rocks were sheltered underneath an old mill and protected from the elements, so the markings were well preserved. We’ve never seen such a concentration, the ground was literally covered old and fresh spraint, which clearly contained fish bones. An ideal place from the Trail Cam.