Otter and lamprey – a great battle

I’m exhausted.  A cold morning and out nearly 2 hours.  We were fortunate enough this morning to witness quite an event with our new found otter.  Our timing was just right, we spotted an otter in the water with something large in its mouth.  Our first thoughts were it was a large eel but once it reached to the riverbank we realised it had caught a large lamprey.  Our first time seeing a lamprey.  The otter struggled to subdue it, though always with a frim grip the prey thrashed about wildly, its entire body thrusting into the air.  After approx.  5 minutes the struggle ceased and with the lamprey dead the otter began eating.

I decided the otter was sufficiently distracted and there was enough cover nearby that I could try to grab a closer look.  I moved along the path and crossed the river via a road bridge.  Arriving I realised I was close but high up on the bank and there was a thick wide bush between us.  I waited and then without warning the otter grabbed the still large piece of lamprey and glided into the water, gave me a quick glance and disappeared. 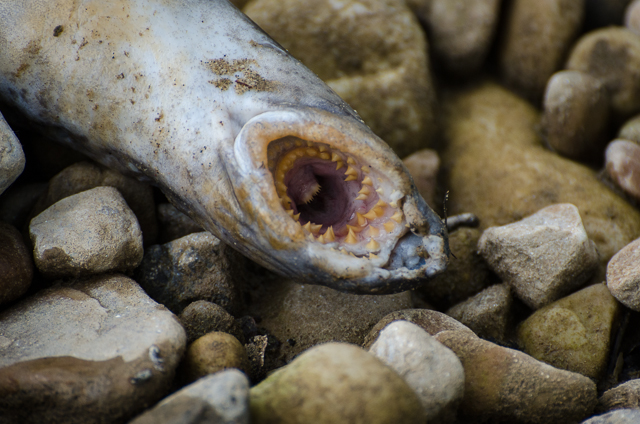 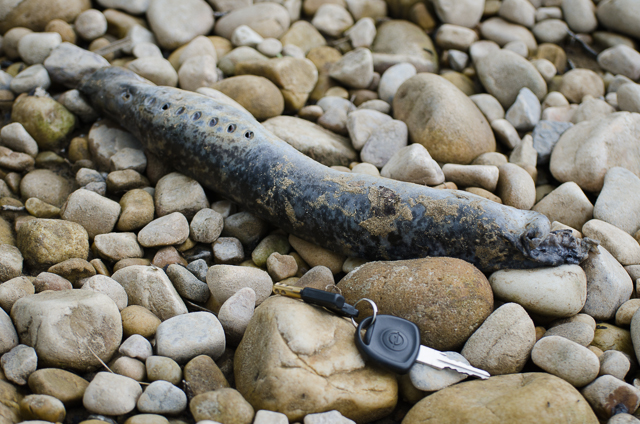