Notice: Only variables should be assigned by reference in /home/tn134/public_html/wp-content/themes/Lucid/epanel/custom_functions.php on line 1023
Posted on Apr 21, 2011 | 0 comments

From the archives – Stoat

The Asturian coast close to the town of Villaviciosa is a favourite area for bird watching.  This particular morning the sun was strong and taking photos of little egrets or any bird with white plumage was impossible.  We were fortunate to watch an osprey fishing in the estuary, demolishing a huge fish whilst perched on a post.  Nice views through the scope.

However, the highlight for me was a classic case of right time, right place.  I cannot imagine repeating it again so easily. 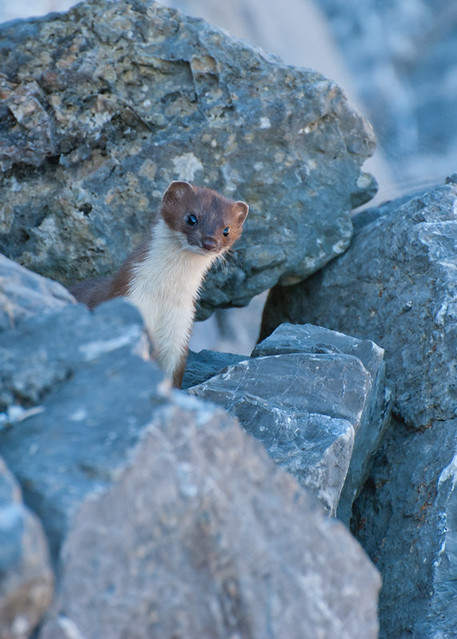 Initially I thought it was a red squirrel jumping along the sand but as it entered a gap within the large boulders that made up the base of the seawall I realised it was something different.  I’ve never seen a stoat so close.

We were positioned on a well constructed boardwalk built on top of the seawall.  As we peered down the stoat weaved its way through the boulders and would pop its head up to check where we were.  I clicked away but the dark shadows and strong sun made things difficult.  There must be a maze of tunnels and passageways within the rocks as the stoat would appear and disappear over lengthy stretches.  It was a guessing game as to where it would show.

I decided to go down on to the small beach area and try my luck from the stoat’s level.  I took all but the first shot from there.

The photo above is my favourite and was a lesson in never packing your camera away.  As we were leaving I took a final look back and saw the stoat high up the wall just beneath me.  I fired 3 shots of which 2 were blurry.

A nice experience for a Saturday afternoon with a lot of people traffic. 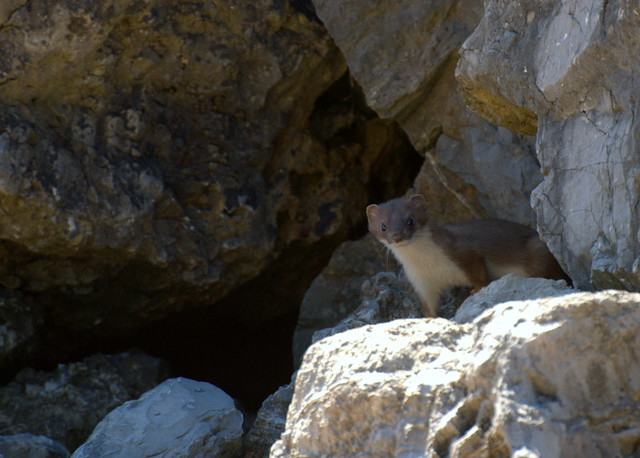 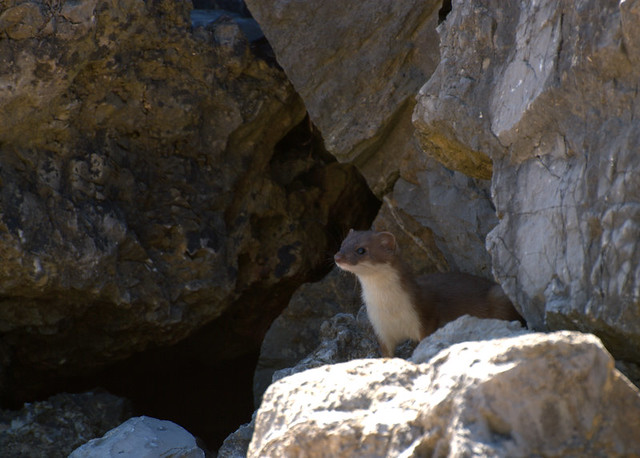 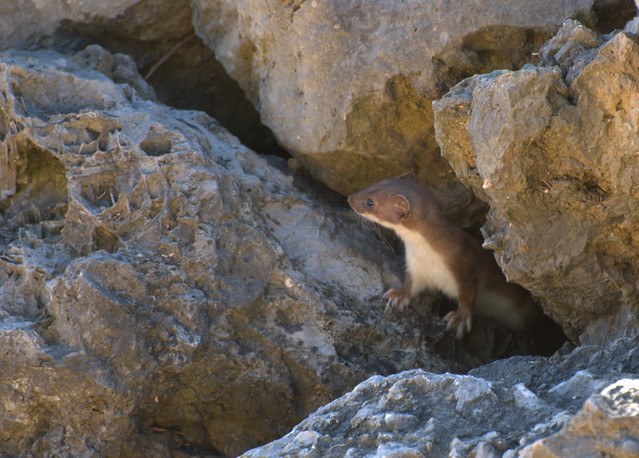 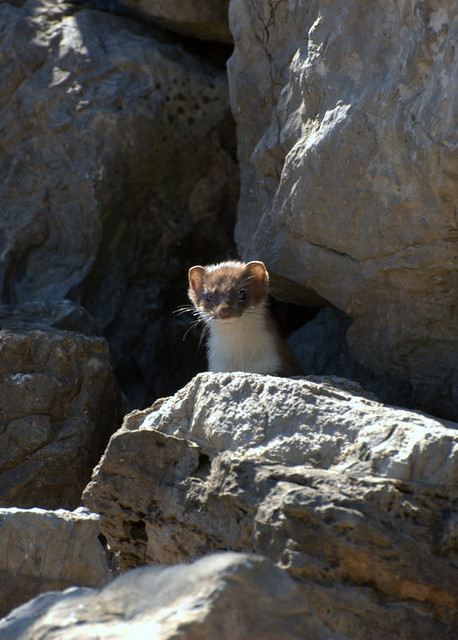 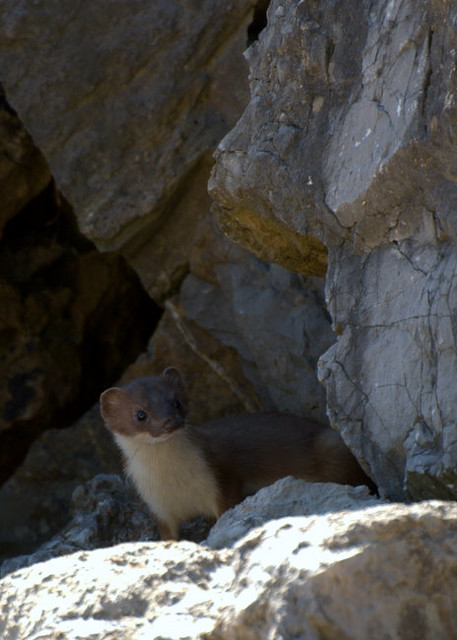