Notice: Only variables should be assigned by reference in /home/tn134/public_html/wp-content/themes/Lucid/epanel/custom_functions.php on line 1023
Posted on Oct 31, 2012 | 4 comments

Animals frequently use the same paths and tracks to move around their environment.  It could be a route towards a water source or a preferred track for entering a den, sett or resting place. We’ve been fortunate to have access to an area with a well established path.  Although situated close to a village, it’s positioned near a mountain and woodland area.  Badgers have been seen all through the summer, feeding on the fruit from figs trees. It’s an ideal location to prepare a longer term project.

So, the goal was to record the species that regularly share the same pathway and try to obtain some interesting video clips. 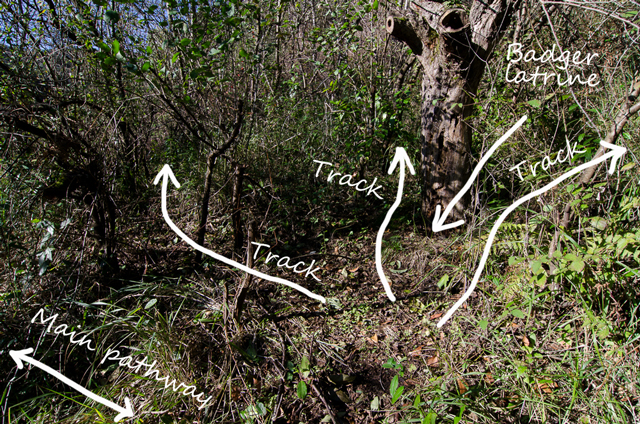 The junction point and main focus of our efforts

Even during the summer months and through the thick undergrowth we could spot potential paths. We also discovered badger prints close by, a promising sign. We placed a trail camera on what appeared to be a junction point, just off the main pathway. The tree stump became a badger’s latrine for a period in the summer, easily identified with partly digested figs. And there are at least 3 well defined tracks converging to this point (photo above) so, it offered good opportunity. 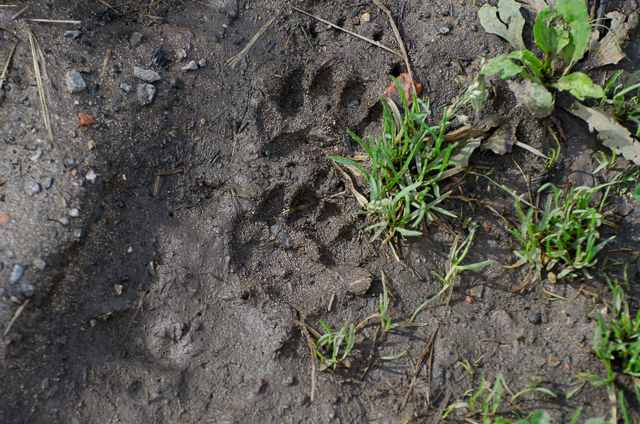 Badger tracks after night of rain

We used a Bushnell Trophy Cam with HD video (model 119466), which can shoot 1 minute HD video clips, day or night. We moved the camera several times in an attempt to capture different angles. Some locations worked for larger animals (e.g. higher positions) but would mean smaller mammals could pass by undetected. It was trial and error and often frustrating – the camera pointing at the wrong angle, too high, too low, too close (which can result in overexposure), SD card failure and flat batteries. Once I got so focused on the setting up, I forgot to switch on the camera!  On 2 occasions a badger brushed passed the camera and knocked it out of position, pointing it towards the sky, 3 days of branches blowing in the wind… 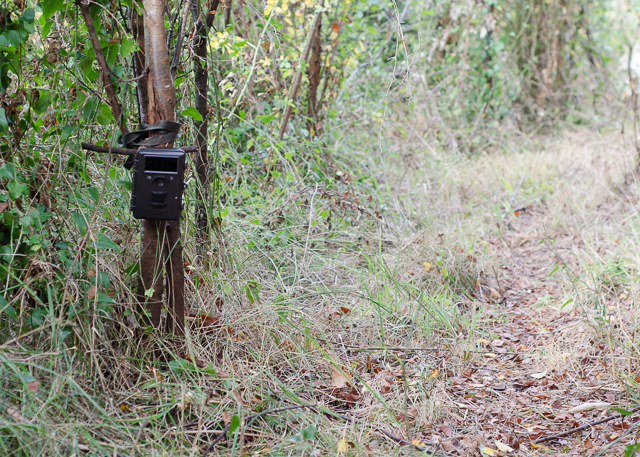 And the results. We managed to record a huge amount of badger clips, at least 2 individuals with strict routines, sometimes triggering the camera within a few minutes each night.

Personal highlights were the pine martens.  We believe there are at least 3 individuals – (1 recorded has no tail).  The still below taken in ‘photo mode’.  This mode produced mixed results, especially with smaller quick moving animals, they often appeared blurred or half in the frame, a faster shutter speed needed.

The foxes are always busy and the genet although appears briefly, is always something special. 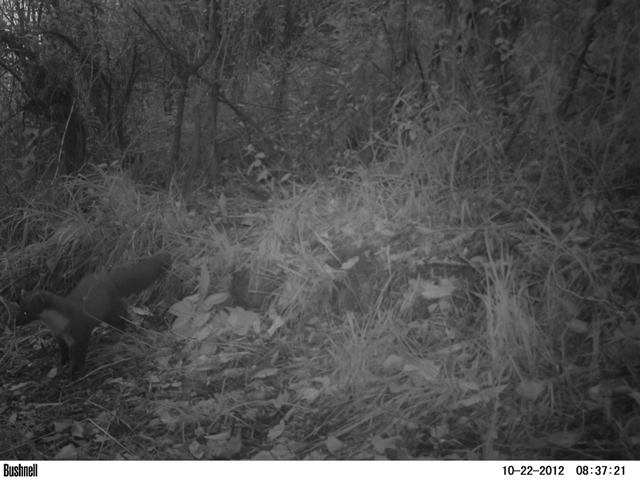 And here’s the video….

Notice: Only variables should be assigned by reference in /home/tn134/public_html/wp-content/themes/Lucid/epanel/custom_functions.php on line 1023
4 Comments