Okay we are spoilt.  Great views again of a female otter this morning.  Its nice to be able to say ‘female otter’ and not just ‘otter’.  I think the picture below clarifys the matter. 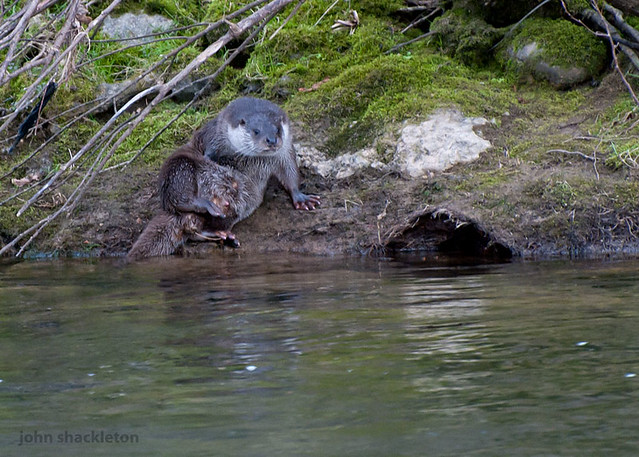 When we first sighted the otter I opted to run ahead a little and walked down some steps to the rivers edge, I was well hidden and the otter was coming my way.

I could see it through my bins porpoising, tail flicking into the air but it was a way off yet.  I lost sight of it and keep checking with Belinda who had remained on the path above.  She is not normally the best at explaining the location of birds and animals but was frantically pointing towards the opposite riverbank.  I remained clueless much to her annoyance.

I thought all was lost as I waited sitting on the bottom step and then all of sudden it appeared.   It was difficult to determine if the otter was aware of my presence 20-25m opposite but it spent several relaxed minutes grooming itself, entered the water again and vanished.

It was nice to get some photos showing the webbed feet and claws, although it was still early in the morning so the lighting wasn’t great. 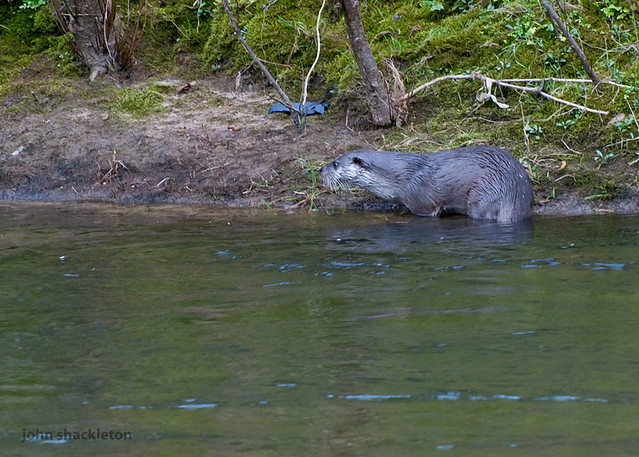 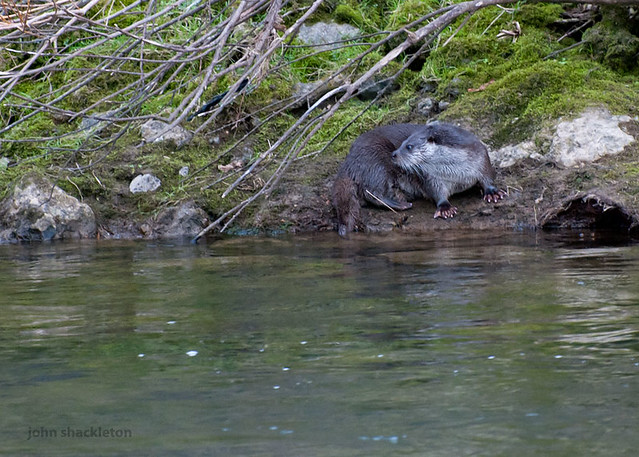 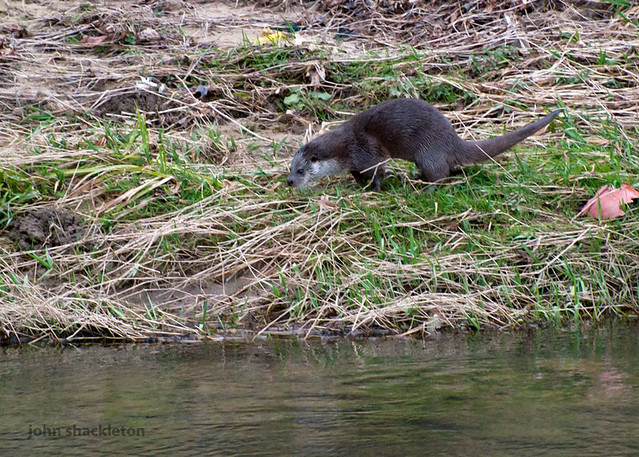 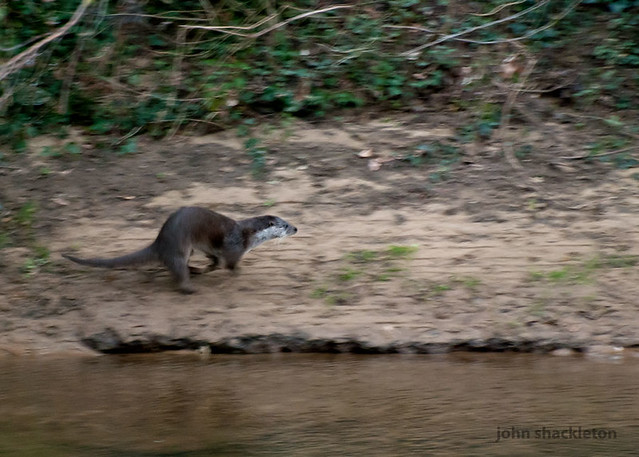